AJPM Article of the Year, by One of Our Own

We’re proud. But we’re not surprised.

A study by the University of Pittsburgh’s Brian Primack, MD, PhD — an EdLogics advisor — has been named Article of the Year by the American Journal of Preventive Medicine (AJPM). The study, “Social Media Use and Perceived Social Isolation Among Young Adults in the US,” examines whether time on social media actually helps — or hurts — our personal connections.

From the journal: “The Article of the Year is selected by the AJPM editors and one representative from each of the journal’s two sponsoring professional societies, the American College of Preventive Medicine and the Association for Prevention Teaching and Research.” The honor was announced late last year. 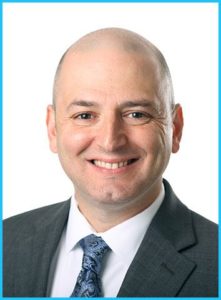 You might recall our recent webinar, “Improving Health Literacy: What Works & Why,” featuring Dr. Primack and EdLogics advisor and health literacy expert Dr. Russell Rothman, MD, MPP, of Vanderbilt University. Dr. Primack made some illuminating, thought-provoking points on the effectiveness of gamification and game-based learning for improving health literacy.

In addition to being an EdLogics advisor, Dr. Primack is the director of Center for Research on Media, Technology and Health at the University of Pittsburgh. For this study, he and his colleagues surveyed 1,787 adults in the US ages 19–32, asking about their social media habits across 11 different social networks. They also asked about loneliness and isolation, gauging the correlation between social media use and feeling left out.

What they found surprised them.

You’d think that social media connects us. That’s the point, isn’t it?

But the more people use social media, the more lonely they say they feel. In fact, those who used it more than 2 hours a day were twice as likely to report feeling socially isolated, compared to those who spent a half-hour a day or less.

“The people in the highest quartile of social media use [more than 58 visits a week] … had about 3 times the likelihood of having perceived social isolation,” Primack says. “Social media does not translate directly to better social connectedness.”

“It may be that people who are already socially isolated are turning to social media to try to fill that void. However, if that is the case, the results of this study would suggest that that self-medication is not working so well.

“On the other hand, it may be that people who use more social media are being exposed to highly curated messages suggesting that ‘everyone else has more connections, a better life than I do.’ And in comparison, people can feel sad or they can feel socially isolated. … It may be a combination of the two.”

American Journal of Preventive Medicine 2017 Article of the Year

Brian A. Primack, MD, PhD, from the University of Pittsburgh discusses “Social Media Use and Perceived Social Isolation Among Young Adults in the U.S.” This article was chosen by the editors of AJPM as the top article published in the journal in 2017.

But social media isn’t all that bad — necessarily.

Until then, Primack says, everyone can judge for themselves how social media affects them:

“Is their social media use making their lives better, is it inadvertently detracting from them?”

The study: Social Media Use and Perceived Social Isolation Among Young Adults in the US

NPR: Feeling Lonely? Too Much Time On Social Media May Be Why

Today: Feeling lonely? How to stop social media from making you feel isolated

Subscribe now. Know when we publish our latest articles on health literacy, gamification, and healthcare.